One thing that I absolutely love about marital and couples therapy is when a breakthrough occurs where one partner finally connects on both an emotional and logical level with the other in an indisputably clear moment. This of course does not always occur in my presence, or at all during the course of therapy for that matter, and if it does, it may be in the first session or multiple sessions down the line.

Early on in my career as a Marriage and Family Therapist, I was working with a married couple for some time. I initially saw the husband for a few sessions before we transitioned into the couple work, and he was, from day one, a very invested and hardworking client. He was what we therapists wish we encountered every session, in that he took therapeutic homework seriously and even beyond what I assigned, he was open even if he did not have the emotional vocabulary to express himself perfectly, and he was 100% committed to his wife and family. One thing to note, and will make sense more as this story unravels, is that this man was as many people would say “a man’s man”; very tough and rugged but not in a macho way. To give you an example he bow-hunted elk in the deep woods of Colorado every year and had the callouses on his hands as evidence of his strength and durability.

So after a few weeks of getting to a point where he felt it was right to bring his wife on board, we transitioned to martial therapy, which means that I changed my frame of mind from being his individual therapist to now having the couple as my client. This may seem like a minor distinction, but as a therapist there is a massive shift in the way I approach therapy and the way that I see my client, because in essence my allegiance is no longer to him alone but now to the marriage. The wife loved her husband immensely but was at her wits end with frustration because she felt that he did not seem to understand the way she felt and how his choices were affecting her. After only a few sessions of martial therapy there was a moment where she was able to express herself, hitting a heartstring in her husband. Like the crack of thunder after a bolt of lightning illuminates the dark sky, this man’s steely outward affect shattered.

His inner warmth, which I had previously felt but faintly witnessed, flooded to the surface. His broad shoulders sank and tears streamed steadily and cleanly down his cheeks. It was mere moments before I found tears welling in my own eyes. After a few minutes had passed, he looked up and stated in a very flat tone, “I think there is something in the trash making my eyes water”. His humor was priceless, and it helped to cut some of the emotional tension in the air. We three smiled and laughed, because we could all clearly see that in my small trash bin, there was only a discarded cup of coffee and a few used tissues. It was just such a poignant way for a man, who did not always have the best way to express his emotions, to own his tears while maintaining his persona of manliness, a feature his wife loved about him. From this point forward, the atmosphere of therapy shifted, and the phrase “something in trash” became a sort of tagline for us to be able to reference the ability to connect and let emotions flow.

This is one of many therapeutic moments I will never forget, but I love this particular imagery because it was so dynamic. First it was a breakthrough in the couple’s work where a connection, and hopefully and everlasting one, was affirmed and solidified. Secondly, we all witnessed this tough man openly shed tears and make light of the silly concept that a man should not cry. Through his comment, he openly admitted that this stereotype exists and humorously cast it aside into the “trash” that we all knew was a completely insignificant factor in the entire situation. Nonetheless, it was at this moment I can truly say this man embraced his masculinity, thus filling the boots he always wore, and choosing to embark further down the path on his journey to being the husband and the father his wife and family needed him to be.

This site uses Akismet to reduce spam. Learn how your comment data is processed. 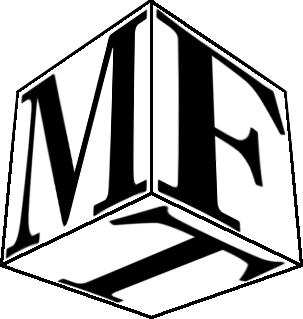